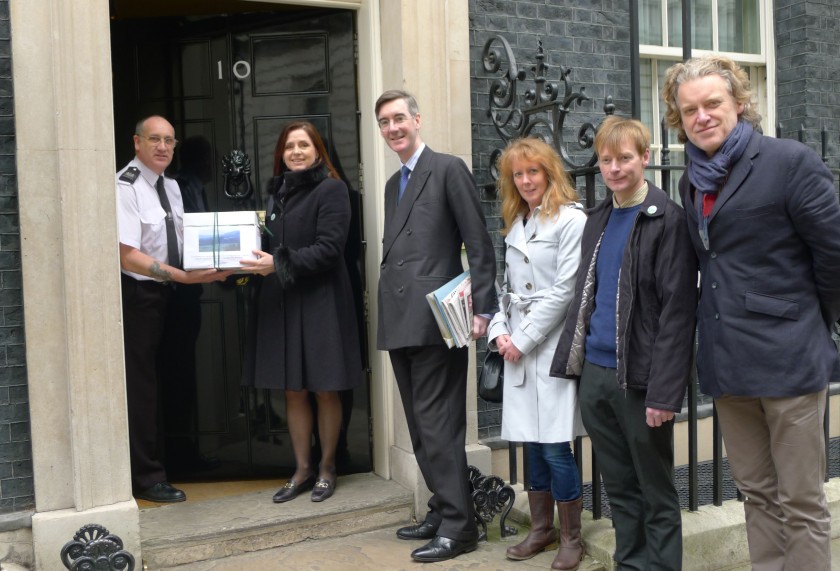 Campaigners against a Park & Ride on Bathampton Meadows delivered a 12,000-signature petition to 10 Downing Street accompanied by Conservative MP Jacob Rees-Mogg, who is backing their campaign to get the proposal overturned.

Campaigner and Batheaston resident Susanne Hagen, who handed the petition over to Number 10, said: “Many of the 12,000 people who took time to sign this petition are from Bath itself and from further afield, and they signed it because they are worried that somewhere that is precious to the whole of the city, and is part of its historical green setting, is in danger of being lost. And for what? We are all concerned about congestion and air pollution. But a Park & Ride won’t solve that. We know that Bath’s existing Park & Rides are only just over half full on an average day. So why spend 10 million pounds of taxpayers money building another one, that will just bring more traffic to an area that is already suffering from dangerously high nitrogen dioxide levels which are impacting on people’s health?”

Ms Hagen went on: “The Conservatives only pledged to identify a site and consult on it in their manifesto. They didn’t pledge actually to deliver one. Park & RIdes don’t solve the problems that people hope they will. We call on B&NES to think again.”