There are threats to Bathampton Meadows now and in the medium-term. In 2017, the Council presses ahead with plans to develop a large-scale park and ride car park, while beyond this, the recently-released West of England Joint Transport Vision sets out plans that would turn the Meadows into a transport hub by 2036.

There are two Meadows sites still under consideration, termed ‘B’ and ‘F’ in Council papers. Site F had been the location for the Council’s 2009 planning application, which had been subsequently shelved by the LibDems. Site B is at New Leaf Farm.

Site B West of Mill Lane 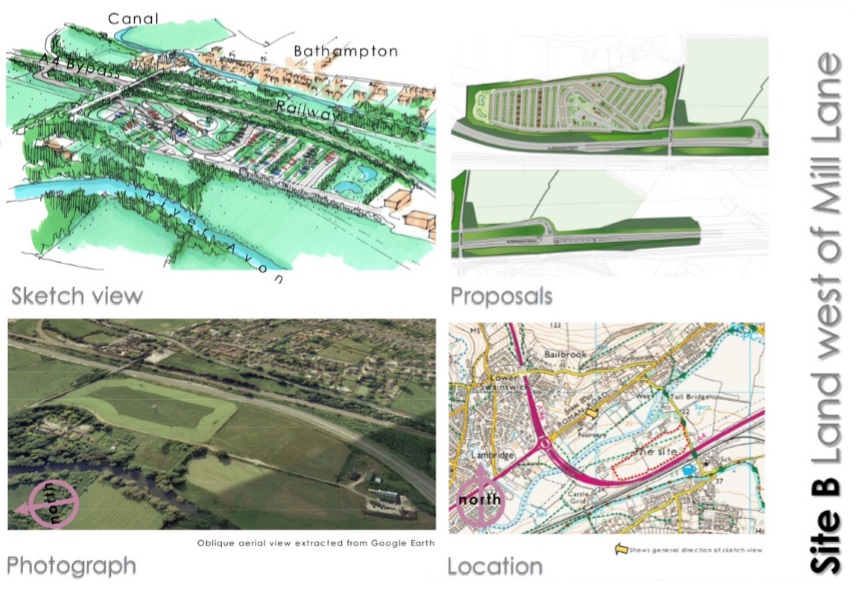 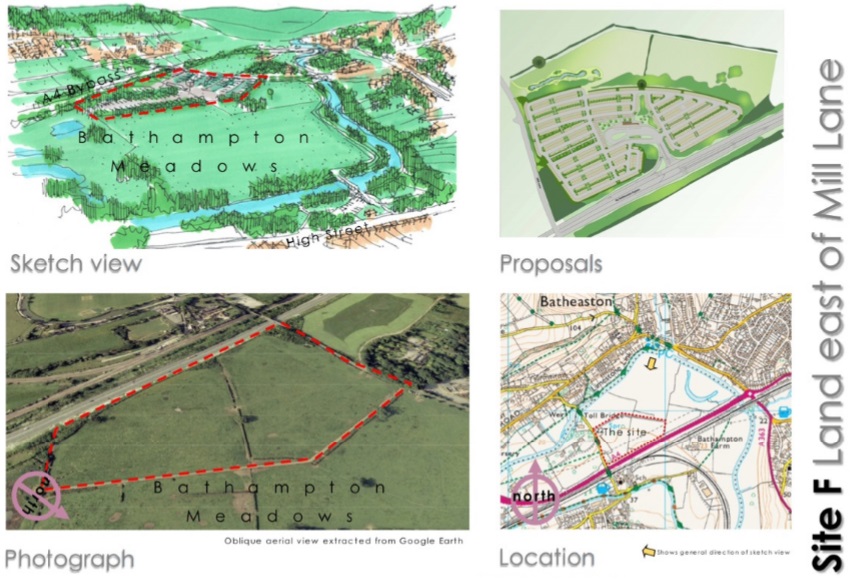 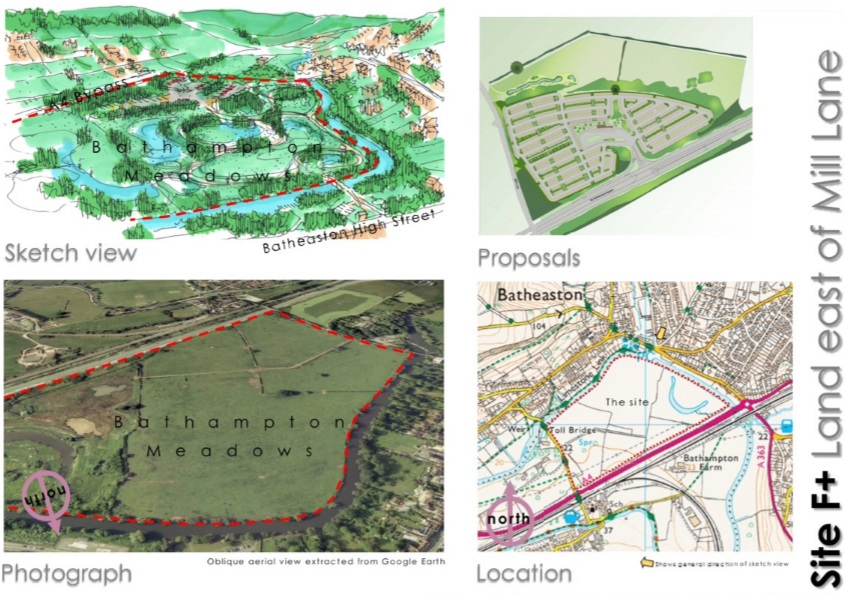 In the report to Cabinet of 4th May 2016, this was the Council’s own verdict of the impact of their plans: 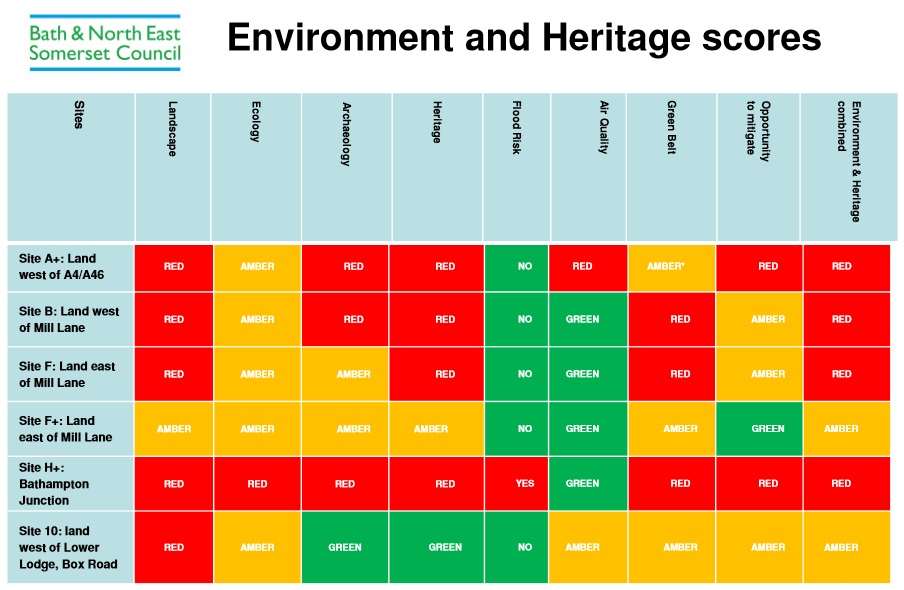 Park and Ride would appear to be the thin end of the wedge when it comes to developing the protected land that is the Green Belt/World Heritage Site Setting of Bathampton Meadows. Plans released by the West of England in November 2016 showed:
1.       The park and ride
2.       The A36/46 link road
3.       A freight consolidation centre
4.       The terminus of a Metrobus route

The Council has since denied that there are any plans for a freight consolidation centre on the Meadows, but these plans were clearly seen by officers and elected officials before being published and it is highly irresponsible, at best, to publish plans for consultation of this impact if there is no plan whatsoever to implement them.